But first I have to tell something about the weather. Because it is summer in Thailand the temperatures are most days above the 35 degrees Celsius but this year there were some days in April above 38 degrees. I have seen 1 day of 40,9 degrees Celsius !!! 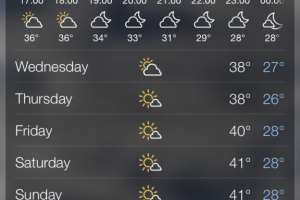 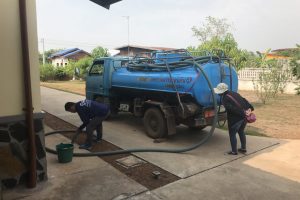 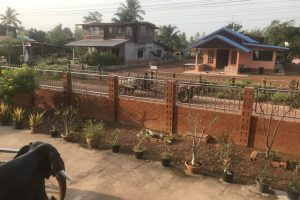 For the house it was time for “toilet clean” again, that’s how we call it when the cesspits are full and we call a company to empty them. In our front garden we had to remove one of the bushes and we decided to cut the other 3 really short, so we will have to buy some new plants. Because of a heavy thunderstorm with many wind we had some serious leaking in the house that damaged the ceiling. Also one ceiling lamp was full with water but that happened when power was off for a few hours. There for we decided that we had to do something about the leaking and on 30 April LOHR started working inside the roof (later more about that). 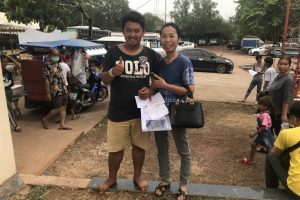 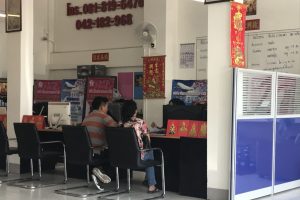 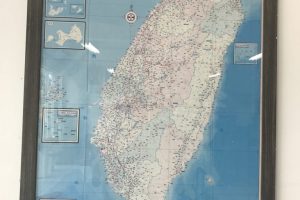 On 5 April Benz did the Army testing with the “lottery” in the afternoon and Benz got “black”. So Benz do not have to go the Army and we were very happy with that. The result Benz had to find a more permanent work and on 25 April we registered Benz with an agent for working abroad in Taiwan. In the next weeks Benz will be tested (physical and medical), they will do his passport and when Benz gets work they will do his Visa. 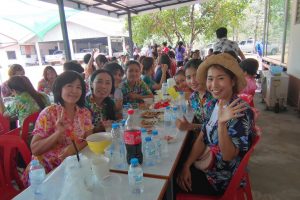 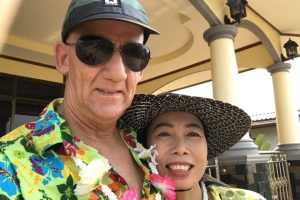 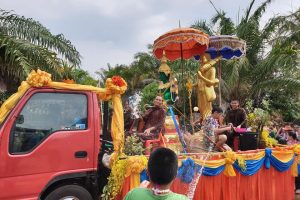 Songkran started this year for Siripron on Thursday afternoon with a hospital party but on Saturday 13 April the Songkran really started. Our celebrations begun on Sunday morning with the water blessing from the older people of our village. In the evening we had a family dinner but Kim Kim, the youngest son of Kukkik (daughter of Arun), drove with his bike against of pot of hot water and was admitted at the hospital. 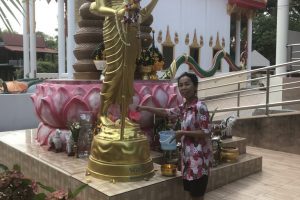 Monday 15 April Siripron had the morning overtime but I stayed home for the blessing of the Parade. This parade was a parade of people with behind them a car with new statues for the Temple of Ban Pho Chai and behind that a big sound truck. I did the blessing with one of our garden hoses (of course no photos because “wet wet wet”). In the afternoon Siripron and I did a water blessing to statues at our Temple and in the evening we did the water blessing with the Papa of Siripron.

On Monday 8 April Siripron and I went to The Lotus Temple, nearby Ban Chiang about 40 km from our home. This Temple is on an island in a lake surrounded with other older Temples. After Songran we went again to the Snake Temple “Kham Chanot” for the blessing of the New Year.

Saturday morning 20 April the small hospital of Ban Thon, were Siripron works, organized a bike/run/walk event. Siripron went early to help and I made some photos and walked/run the 3,5 km.

Other things that happened:
– @The German Restaurant (Kham Ta Kla) we bought again bread and sausages.
– On 9 April I went to Sakon Nakhon Immigration for my 90-days report.
– 16 April was the birthday of Mudmie and Mudmai, the twin of Warunee.
– 21 April Kim Kim was home from the hospital and we did a blessing dinner.
– 30 April see up voor LOHR Sprayfoan Insulation Ltd.