On Wednesday 17 March my brother Henk was found dead in his bed. Henk was the 4th child of my parents and 71 years old. My connection with Henk was not intense, he is 6 years older, he went to the state police training in another province, with his wife Els he lived in other cities in The Netherlands, we didn’t had many common interests and he didn’t had Facebook. What I specially remember is our flight in a small Cessna plane, where Henk and his colleague were airborne traffic police controllers. The last contact for me was at my family farewell diner in March 2015. On 24 March Siripron and I could follow the cremation service of Henk on a special Internet link, may he rest in peace !!! 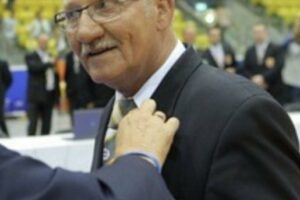 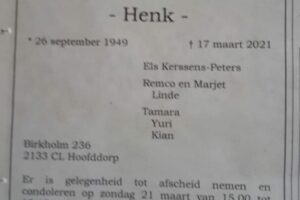 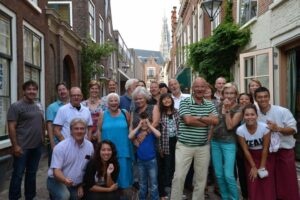 In the beginning of March I went to my bank to get a year statement of 2020. After preparing more papers we went on Thursday 18 to the Revenue Office in Sawang Daen Din for a tax return based on income and the result was that I had to pay 9.600 THB (EUR 263) for the whole year. The Revenue Office will send my papers to Udon Thani from whom I will get the English forms “RO21” and “RO22” as a prove that I paid tax in Thailand (maybe the Dutch “Belastingdienst” will need them). 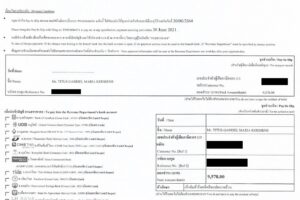 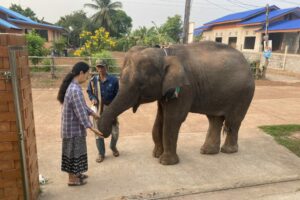 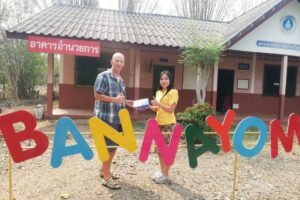 After almost 5 years of problems with our “vinyl” gutters and a short rain storm that broken off a part of it, workers are now busy with replacing them for gutters made of aluzinc. Aluzinc is a galvanized metal alloy were also many (simple) roofs in Thailand are made from of and it’s light, strong and protected against rust. The workers will also do 2 extra rain pipes, left & right on the first columns of the house were the terrace ends. 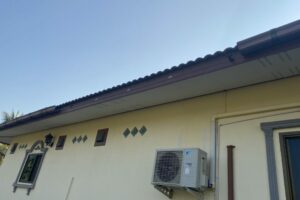 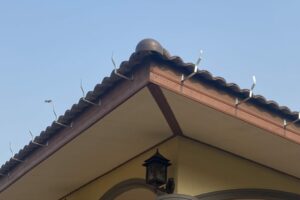 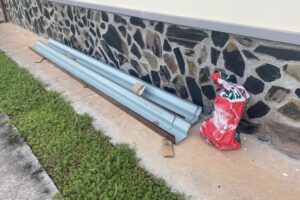 For the “Conqueror Virtual challenges” I am still busy with the “Conquer 2021”, the year challenge of 2.021 mile (3.252,5 km of cycling) and with “St. Francis Way” (only steps and walking). I started a new one called “Kruger Park” (412 km of mainly cycling) and for the “Pacer” I’m walking (steps & walking) an extended marathon (52 km) in Greece from Marathon to Athens. For al the medals that we have and I got from the challenges we bought special wooden medal hangers (see photo). Siripron and I are separately doing “Season 3 Health Sessions” organized by the combining Healthcare Center’s and Hospitals. My weight has gone up to now 93 kg, so I have to be more careful… 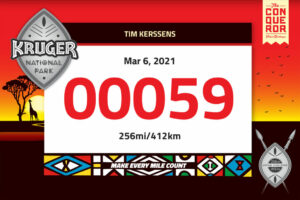 Other things that happened:
– On 4 March the birthday of Benz  (23) & on 10 March the birthday of Both (21).
– A car came to empty our cesspools (we call it toilet clean).
– We had again a visit of an elephant in our village, this time a young one.
– I brought a pack of Dutch cookies to Li-a at her school, she is now a Director.
– It was time to do the grass again and to cut some plants.
– On 22 March I went to Udon Thani to get our new ordered iPad.
– I had again a lunch at Kham Ta Kla, also got my bread and sausages.